Inspiration (and a bit of weekend review..)

So, Friday was the longest day I have had in quite some time! I had a midterm due in my 9-12 class..then I had a learning disability/ADHD assessment to finish up in my practicum, from 12-4...then off to work from 5-1am. No rest for the wicked! Well I was dreading this all week. It was a pretty crappy week also, I had another midterm due on Wednesday...too much. 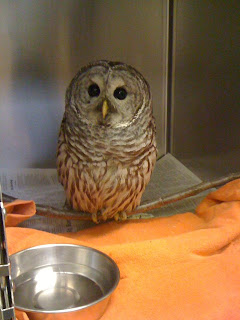 Turns out though, Friday was pretty great and not nearly as exhausting as I anticipated. This was partially due to the fact that the vet clinic that I do relief work at is an emergency clinic, which means it is rarely boring. I walked in to find an owl that had been brought in by a good samaritan after it was found potentially hurt. How awesome is he?! I named him Professor Hoot, pretty clever if I do say so myself :) Watching him was one of those experiences that make you think about how much more amazing nature is than all this technology crap that us humans are so proud of.

I try my best to slow down my life and attend to all the amazing things that are so often overlooked in this world. In our society, we look at technology, city skylines, and man made stuff and think to ourselves, "Wow we rock, look what we can do!" But, I happen to think that a tree that withstands the tests of time to live hundreds and hundreds of years is significantly more amazing than anything man has made. Sometimes it takes something as simple as a hurt owl to remind me of that...thanks Professor Hoot!

Here are some of my favorite examples of the wonders of nature...

I watched a very large group of birds flying around the waterfront from a window at my school the other day. It is amazing to see a group so large move as a single unit as they play around the buildings on the waterfront. I read somewhere that flying groups of birds, except when in a V, do not have one single leader. They work as a group to direct the formation. That is absolutely amazing! When do humans accomplish such a feat?!


What could possibly be more amazing than northern lights?! There is very little in this world that is more peaceful, or that connects you more to nature than the experience of laying on your back in the country somewhere and watching the night sky filled with stars and nature's own light show!

I will admit, I used to be freaked out by spiders! Something happened though that made me start to realize the complexities of a web. They are absolutely beautiful in their precision and functionality. You have to have respect for something that can make something so amazing...how dare we swat away their meticulous hard work?!

My own personal favorite, the thunderstorm! I am originally from North Dakota and we have some amazing thunderstorms. There is no better experience than driving out in the country during a thunderstorm and allowing the force of nature to overwhelm you. Its a beautiful mixture of excitement, awe, and fear that leaves you feeling like a very small part of a fantastic piece of nature. 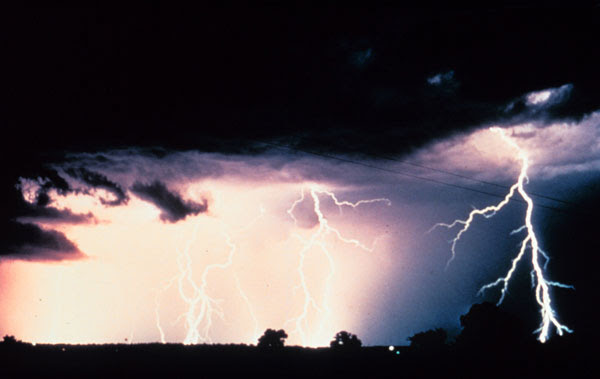 What has nature done lately to inspire you?!

Some of the fun stuff in here: beautiful

The beauty of the leaves changing color! I went for a run a couple of weeks ago and was just amazed at how beautiful it was!

Also, when winter comes, the jack frost on the trees is so beautiful!

Hey, are you a Pisces? LOVED that post by the way!

How did I forget fall leaves?! Definitely one of my favorites also.