So I stole this from a facebook thing, but I think its interesting (of course I do, its all about me!). So here it goes, 15 random things;

1) I have two middle names; Kay Marie. It is each of my grandmother's middle names, which I really like. It does make my name awfully long though (25 letters!) plus I feel a bit sorry for the Marie part because it often gets left off on forms or things that only allow 1 middle name or when just initials are used. Hmm...Im going to make more of a conscious effort to include it!

2) My eyes change color, apparently that is more common than I initially thought though. They are brown, hazel, and occasionally green-ish. My favorite is when they are dark brown and I hate when they are hazel.

3) I had a squirrel named Sammy when I was little. His mom was hit by a car so we took care of him. After we let him go outside, I used to think he was the squirrel in commercials :)

4) I pick at my cuticles when I am nervous or stressed. Due to grad school, they are often ragged and painful. 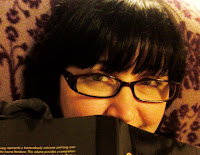 5) I would rather read a good book on a Saturday night than go out and party. Its not that I don't like to go out with friends, its just exhausting. Happy hour I like, just not long nights anymore. Oh, and I just really really like to read!!!

6) My biggest pet peeve is people who smack their gum or chew really loudly. Honestly, its to the point of interfering with my life, I have to move if someone is sitting next to me chomping!! Plus, I find that I actually do not like people who are perpetual smackers...for no reason other than their annoying chewing habits. I think I need to address it in therapy or something!

7) I am obsessed with purple!...but you probably know that :)

8) On a weekly basis, I find myself envying my cats. Think about it, they have a damn good life, I am always jealous when I come home after a long stressful day to find them sleeping on the bed in the exact same place as when I left!

9) I have a list of "alternate careers" that I think I would love if I wasn't almost a psychologist. I may also be addicted to school because if I was to win the lottery, I would seriously consider trying out a few of them. Plus I just think that I would make a good nurse, animal acupuncturist, surgeon, xray tech, and writer/used bookstore owner!!

10) I have found that no labels fit me (or anyone for that matter!) which makes answering personal questions awfully difficult at times. Take for example my sexuality; I guess I am closest to bisexual, but I don't see it that way; Im fluid, but stable when in a relationship. Also with spirituality; Im closest to Agnostic I guess, but that doesn't seem to fit. I don't follow a religion, but I am open to all religious beliefs and practices, plus I think they all can coexist together rather than negate eachother. Im ok with my lack of labels, but I think people just want a simple "straight or gay" "catholic or not" answer when they ask!

11) I fully embrace individuality! I find quirky, eccentric, unique, and different far more attractive than cookie cutter "attractive!" I would rather be thought of as weird than boring any day!!

12) Im an introvert and a pisces, and that is fine by me! But, I love meeting different people and having experiences. If anyone knows any psychodynamic personality theory, you know how that makes sense. Its really fascinating to me!

13) I once had a hamster names Hector who lived much longer than expected for hamsters, then died because our landlord closed our vents when we were gone for a winter vacation. Now, I have a lizard named Gator who has lived through 6 moves, one of which was in a car across 4 states, a 5 day power outage (I covered his cage in hand warmers), and a cat who likes to knock his light off and bat at the cage! 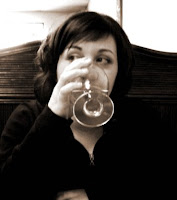 15) I really hate scary movies, I can not even watch them! They honestly scare me to the point of not feeling safe alone and having nightmares for weeks. I absolutely love thrill rides though and thrive on the adrenalin rush in that sense! Weird.

Thats me, in 10 bullet point format, how about you?!
Some of the fun stuff in here: books, family, pets, purple

I would also choose a good book over a night out, too... I am just more of a home body type v. going out to a loud, crowded bar. I tend to be an introvert but I become even more of one in a loud bar....

I also can't stand gum smackers or people who eat loudly. Drives me up the wall.

These were fun to read! I love learning random facts about people!